Robert Nottke worked as an elementary school art educator in Southern Saratoga county for 35 years. He has exhibited his photography at the Ballston Spa, Schuylerville and Greenwich Libraries, at the College of Saint Rose, The Russel Sage Colleges Art Gallery and at the 1986 Albany Tercentennial Exhibit at the Empire State Plaza. In 1985 he won a National 4th prize for his photograph, Children of Fear.

Mandalas for Modern Meditation are an outgrowth of a lifelong fascination with kaleidoscopic images. His mandalas have been inspired by catchphrases in the current parlance, by the textures and lines of nature, by the annual themes of the LARAC juried shows, or by odd things he has encountered in his travels. His hope is that, in searching for the intricacies of the designs, the viewers will be able to detach themselves from the conscious world and slip away into the complex baroque but very special environments they create. 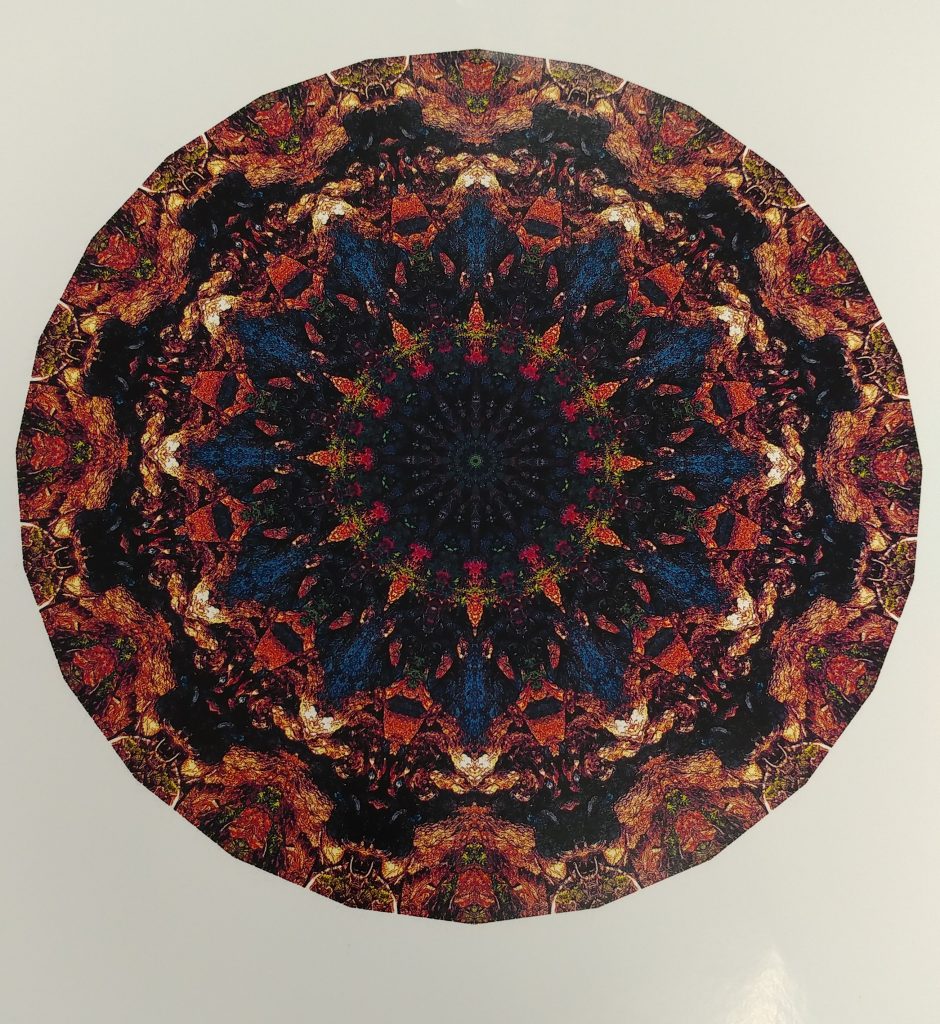